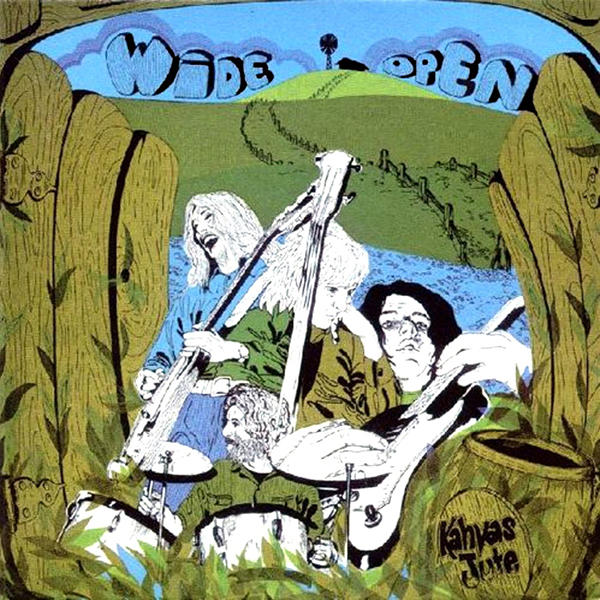 Though the influences are obvious - essentially Cream, Hendrix, Yardbirds Beck and Page - it's also obvious that there was determination to find something within the twin guitar, bass and drums hard rock format that would reflect not only the ambitions of the then four young men from Sydney - guitarists Dennis Wilson and Tim Gaze, bass player Bob Daisley and drummer Dannie Davidson - but their own experience creating rock in a place of sun, sky and surf that gives what would turn out to be their only album a freshness and innovative feel that still manages to come across 35 years after it was first released back in 1971.

Part of that is down to the unfettered though occasionally endearingly naive interplay between the players, built on an implicit understanding that the title of the album, Wide Open, applied as much to what was permissible within a song's often-extended structure. To contemporary ears some of the lines and arrangements might therefore sound overplayed, too self-consciously clever or, day I say it, progressive, particularly in the more "mystical" tracks like Steps Of Time and Ascend.

Davidson had been the drummer with Tamam Shud, arguably Australia's first truly psychedelic surf band, with Gaze, then 16, joining Shud in time to play on their second album. Daisley eventually made a name for himself in the UK playing with Rainbow, Ozzy Osbourne and Gary Moore among others. The five bonus tracks included on this remastered reissue were recorded live at the Basement July last year, with Mark Marriott on drums.