I first saw Ronnie Lane using this Zemaitis bass with The Faces in around 1971. I loved that band, you couldn't get any more 'typically English' than ol' Rod the Mod and the lads. Kenney Jones (drums), Ian McLagan (keyboards) and Ronnie Lane (bass) came from the Small Faces when Steve Marriott left to form Humble Pie. Rod Stewart and Ron Wood had worked together with the Jeff Beck Group (Wood on bass) on two classic albums 'Truth' and Beck-ola' in the late '60s; Woody also played bass on Rod's first solo album 'An Old Raincoat Won't Ever Let You Down'. I was more influenced by Woody's bass playing with Jeff and Rod than I was by Ronnie Lane's, but the whole Faces thing fascinated me and I became an ardent fan.

In 2003, Ronnie Lane's Zemaitis bass came up for sale in the 'Zemaitis Owners' magazine 'The Z Gazette', and after a little bit of "Come on big nose, let's haggle', the RL Z bass was mine. It always fascinates me to see film clips of Ronnie Lane using it, and even more so when I play it myself. There's only one of these in the world, and the vibes held within are unique, I love this bass. By the way, the 'coffin-shaped' case that came with it was handmade by Tony Zemaitis, although I keep the bass in a hard-shell case that's more protective. 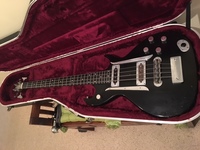 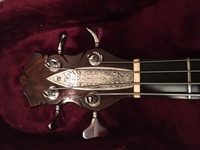 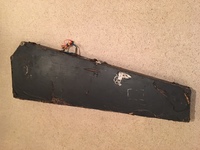 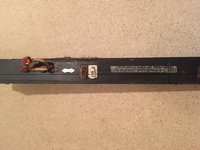 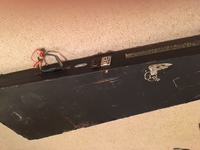